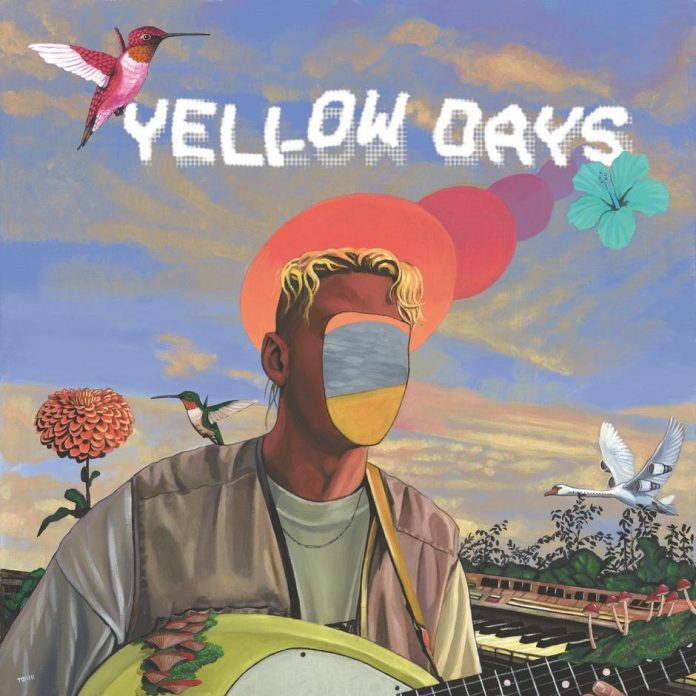 Self-taught multi-instrumentalist and one-man operation, George Van Den Broek, who performs under the moniker Yellow Days, has announced the forthcoming release of new album, A Day In A Yellow Beat. George has described the sophomore record as, “Upbeat existential millennial crisis music.” A Day in a Yellow Beat will be out on August 7th via Sony Music U.K./RCA Records.
Check out the new song & video for the single “Love Is Everywhere”:
Yellow Days remains at its heart, a project about youth. Van Den Broek’s career began at a very young age and has been a musical outlet as he navigated the complexities of transition to adulthood. A Day in a Yellow Beat is the culmination of this process and ideas to date. Van Den Broke also took charge of overseeing the production process. “This is really my first record where I can let it fucking all out,” he says.
Yellow Days
A Day in a Yellow Beat
Sony U.K./RCA Records
August 7, 2020
1. Intro
2. Be Free
3. Let You Know
4. (The Outsider)
5. Who’s There? (feat. Shirley Jones)
6. Getting Closer
7. Come Groove (Interlude)
8. Keep Yourself Alive
9. Open Your Eyes  (feat. Shirley Jones & Nick Walters)
10. !  (feat. Bishop Nehru)
11. (Pot Party)
12. Keeps Me Satisfied
13. You
14. (What Goes Up Must Come Down)
15. The Curse (feat. Mac Demarco)
16. Let’s Be Good To Each Other
17. Whatever You Wanna Do
18. Something Special (Interlude)
19. So Lost
20. I Don’t Mind
21. (Mature Love)
22. Treat You Right
23. Love Is Everywhere