After touring extensively the past several years for his first solo album, The Way Life Goes, Tom Keifer and the #keiferband are set to release their new album, RISE, on September 13th with Cleopatra Records.

Kicking off their RISE tour with the release of their first single and video for the “The Death of Me”, the video starts with a television screen that features a series of messages detailing the breakdown of Keifers music career, “Vocal Paralysis”, “You’ll Never Sing Again”, “Bleeding Vocal Chords”, “Band Falls Apart” “Lawsuit”, “Singer Collapses and Rushed to Hospital” as well as detailing the number of vocal surgeries – 8 of them to be exact. But Tom Keifer quickly puts those messages to rest by promptly smashing the screen with his guitar. Keifer has stated, “We created ‘The Death of Me’ to inspire people not to give in to or be defeated by the seemingly insurmountable lows that we all sometimes face, but rather to Rise and overcome them.” 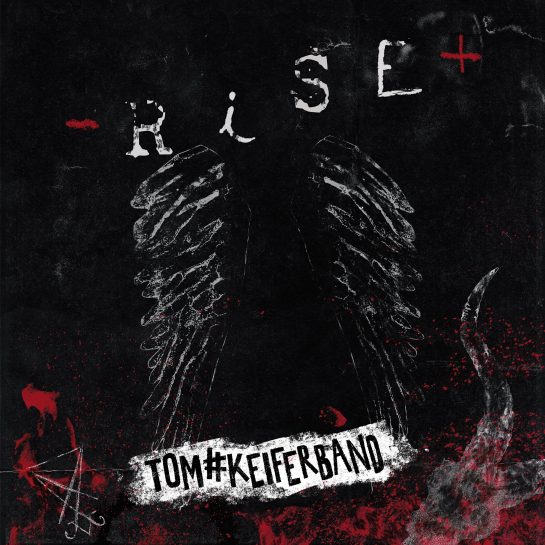 The former lead singer for Cinderella, he and the #keiferband have spent the better part of the past 6 years honing their craft on the road. With his wife Savannah Keifer and Kendra Chantelle singing backup, Tony Higbee on guitar, Billy Mercer on bass, Jarred Pope on drums and Kory Myers on keyboards, the band has become solid live act. Tom Keifer has stated openly that this would be his “heaviest stuff” ever, ‘The Death of Me’ backs up that claim easily.

Trekking Across the US – The Used on Tour Now