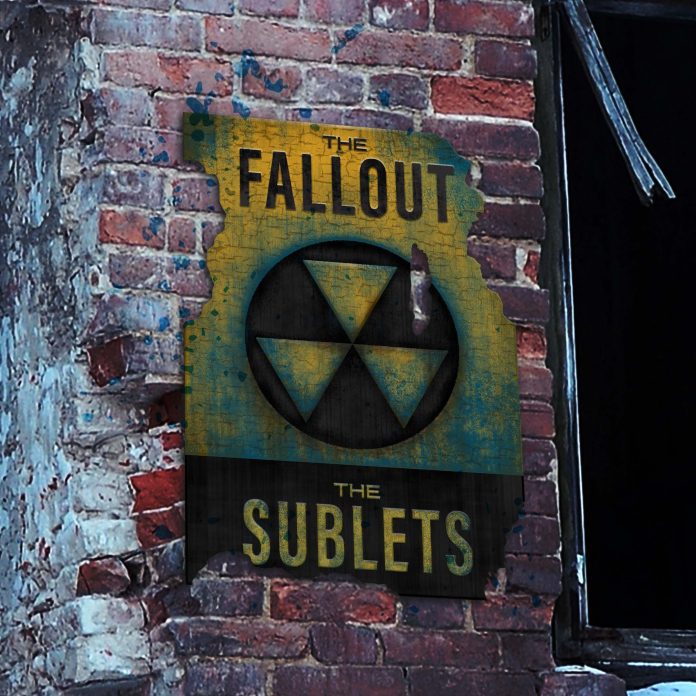 Coming out of Cleveland, Ohio, The Sublets are an ass kicking, butt shaking, pop punk trio consisting of bassist Daniel Lee, drummer Stephen Nicholson and guitarist, songwriter, and vocalist George Chase. The band has recently released their first single and video, “The Fallout”, which has garnered a lot of attention in the Midwest and is starting to pick up a lot of steam on streaming sites such as Spotify and Apple Music.

“The Fallout” was originally written by guitarist Britton Roberts, who was with the band for a couple years, and he and The Sublets worked out an arrangement so the band could continue to use the song and perform it live. Per George, “I was a big fan of the song when I first heard it, and now have the pleasure of playing The Fallout at every show. The whole song is amazing, contains so many lyrical ideas and is one of the most fun songs to play, ever.”

Lyrically, the song is filled with some great lines. However probably the best line from the song, “Turns out that the enemy, was never you, but the battle here inside of me.” Represents some pretty powerful ideas. How many people do we hurt along the way because we are blinded by selfishness or pain? As we get older, we realize that we’re displacing so much anger or angst onto other people, especially in relationships. We hurt those people who we love the most. The other side of it is that in order to love, you need to open yourself up to the possibility of being hurt, and that’s a very vulnerable feeling.

A NOSTALGIC TRIP DOWN MEMORY LANE AS STYX BRING THEIR “LIVE AND UNZOOMED” TOUR TO TORONTO, CANADA