Chicago, IL – With his unmistakable signature top hat, long curly hair, and Gibson guitar in hand, Grammy award-winning and Rock and Roll Hall of fame inductee Slash took to the stage of the Riviera Theatre in Chicago with his cohorts The Conspirators, opening up their 2-hour set with “Driving Rain”, a track off of the bands’ third album Living The Dream. 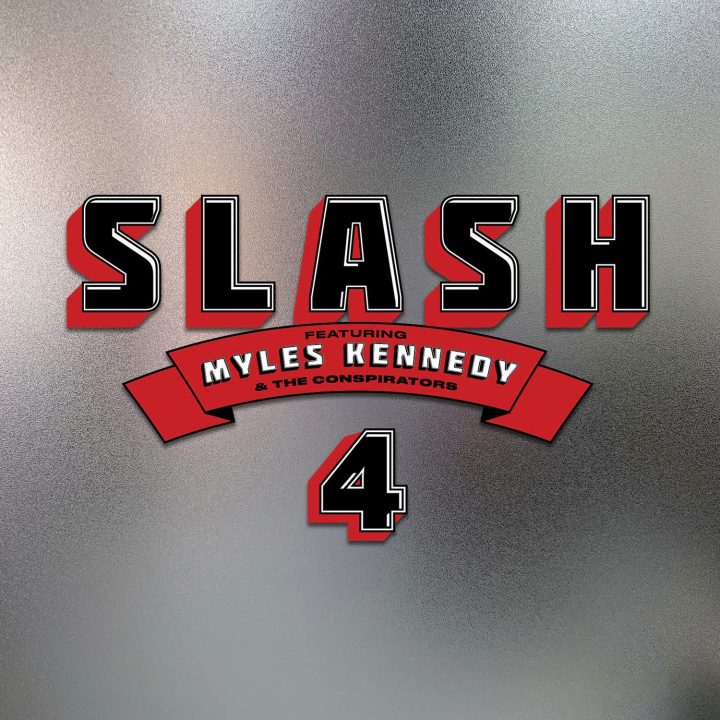 Slash featuring Myles Kennedy and the Conspirators, or SMKC for short, have also recently released their latest album entitled 4 on February 11th, and they have the distinction of being the first band to release their record on the new Gibson Records label, in partnership with BMG, the worlds fourth largest music company. Fueled by memorable guitar hooks and compelling melodies, big choruses, and even bigger riffs, the album starts off with “The River is Rising”, which is also their first single, a hard-hitting opening song with a blistering guitar solo. From the deliberate stomp rock of “Whatever Gets You By,” the bright-toned, heart-on-sleeve pop-rocker “Fill My World,” that fans will really enjoy. One of the best songs on the album is “The Path Less Followed”, sounding much like a 70’s rocker blast from the past. The album wraps up with the progressive power ballad, “Fall Back To Earth”. Definitely one of the tightest sounding albums I’ve heard in a long time, and it speaks volumes of the musicians that make up the band itself. 4 is an album that grabs hold of the listener and never lets go. SMKC partnered with producer Dave Cobb (Chris Stapleton, John Prine, Jason Isbell, Rival Sons), for the new album while recording it live in the studio with all instruments at once, resulting in the band’s strongest collective statement to date.

With Brent Fitz on drums, Frank Sidoris on rhythm guitar, bassist Todd “Dammit” Kerns and lead singer Myles Kennedy, the band sounds and performs as tight and solid as you can possibly get. While the 56 year old Guns N’ Roses lead guitarist is reticent and nimble as ever, his jaw-dropping guitar solos never outshine the abundance of talent in the band, with Myles Kennedy’s vocals pitch-perfect all night long from start to finish. The band ran through a pretty extensive setlist that included “Speed Parade” from Slash’s Snakepit, “Back From Cali” and “Doctor Alibi” from Slash’s first solo album that originally featured Lemmy Kilmister on vocals, had Todd Kerns taking over that role, the band also performed “Shots Fired” from their first album, Apocalyptic Love.

The audiene were introduced to a lot of new material from their most recent album, 4, playing almost the entire album itself including their first single, “The River is Rising”, “C’est La Vie”, “Call Off The Dogs”, as well as “Whatever Gets You By” that featured Myles Kennedy joking about his incredible Triangle solo for the song, and “World on Fire” that had Slash performing an amazing extended guitar solo where the whole spotlight shined on the legendary guitarist. Todd Kerns also covered vocal duties when the band covered Lenny Kravitz, “Always on the Run”, a song that Slash had originally written the music for as a Guns N’ Roses song but was instead covered by Kravitz. A significant highlight of the evening, was when the band performed a resounding and faithful interpretation of Elton John’s “Rocket Man”, from Disney’s Stuntman movie, which also had fans singing and swaying with their cell phones held high and lights turned on. The band later closed out their set with an encore of “Anastasia” from the Apocalyptic Love album.

The band will wrap up their tour on March 26th in Orlando, Florida, then Slash will head out with Guns N’ Roses for a European tour that starts in May.

Setlist:
Driving Rain
My Antidote
Shots Fired
Serve You Right
Back From Cali
Spirit Love
The River Is Rising
Whatever Gets You By
Always On The Run (Lenny Kravitz cover)
Standing In The Sun
Speed Parade
C’est La Vie
Fill My World
The One You Loved Is Gone
Call Of The Dogs
Doctor Alibi
Rocket Man (Elton John cover)
Nothing To Say
You’re A Lie
World On Fire