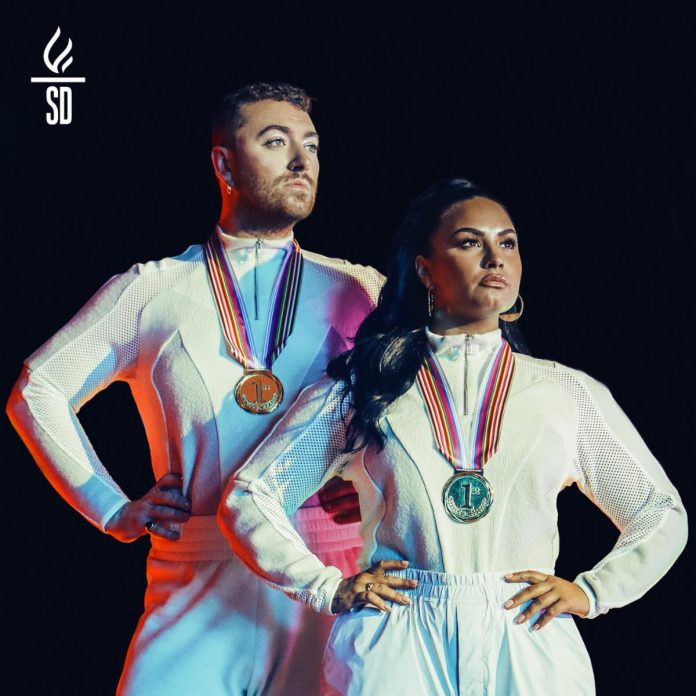 Sam Smith and Demi Lovato have teamed up to release a new video and single, “I’m Ready”. The video finds Sam and Demi competing in a variety of Olympian events that include wrestling, diving, synchronized swimming, gymnastics and a 100-meter race – culminating in a medal ceremony as the song reaches its epic climax.

“I’m Ready” will come out on Sam Smith’s third studio album some time later this year. The new album was originally titled To Die For and due for a June 5th release. On March 30th, the English singer made an announcement via Instagram that they have decided to rename the LP and postpone it due to the coronavirus pandemic. “I have done a lot of thinking the last few weeks and feel that the title of my album and imminent release doesn’t feel right,” Smith wote. “I have to come to the decision to continue working on the album and make some important changes and additions. I will be renaming the album and pushing back the release date — both of which are to be confirmed at this time.” Smith also stated that the album would still be released this year, but did not specify a date or timeframe. “There will be an album this year, I promise! But until then, I am still going to bring out some new music over the next few months, which I’m incredibly excited about. Thank you for always being by my side and for you understanding and patience. I always want to do right by you. Always.”