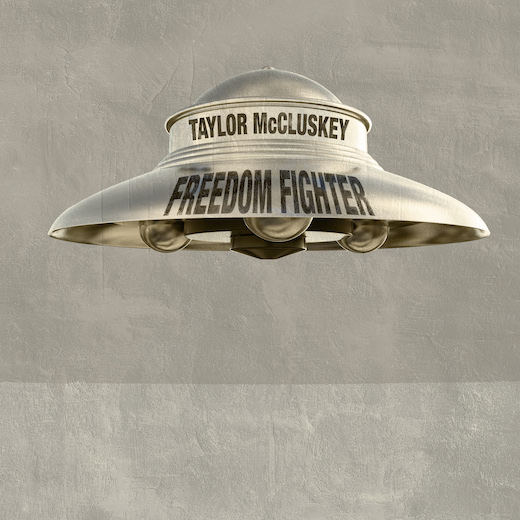 Commenting on the new single, McCluskey states, “Freedom, determination, and resolve: These are my fighting words and these fighting words form the ethos behind my latest single ‘Freedom Fighter.’ I’m proud to present Freedom Fighter, now streaming everywhere. Fight on.”

Drawing influence from bands like desert-rock pioneers Queens of the Stone Age and post-grunge stalwarts Helmet, McCluskey brandishes a seemingly effortless knack for crafting catchy-as-hell riff oriented rock as also witnessed on his recent tracks “Bulletproof,” “Stay With Me” and “Gladiator.” His new single is another impressive addition to his musical arsenal that’s amassing for his next full-length album.

Taylor, who’s also appeared in films like Transformers: Dark of the Moon and Star Trek (2009), as well as the TV show Monk, is also the founding member of The Maddest Of Madmen and The MFICs. He has released four solo albums, the most recent being 2020’s Star God. McCluskey he has also been hard at work during quarantine, recording 16 songs that he has been releasing once a month, with a live track to accompany the studio version.

Taylor and fellow MFICs member and Producer Glen Robinson, recorded, mixed and mastered “Freedom Fighter” as well as the recently released singles “Stay With Me”, “Young Blood” and “Bulletproof” from the upcoming album. The two were joined by The MFICs’ members Andrew James and Zak St. John who performed bass and drums, respectively, on the tracks.