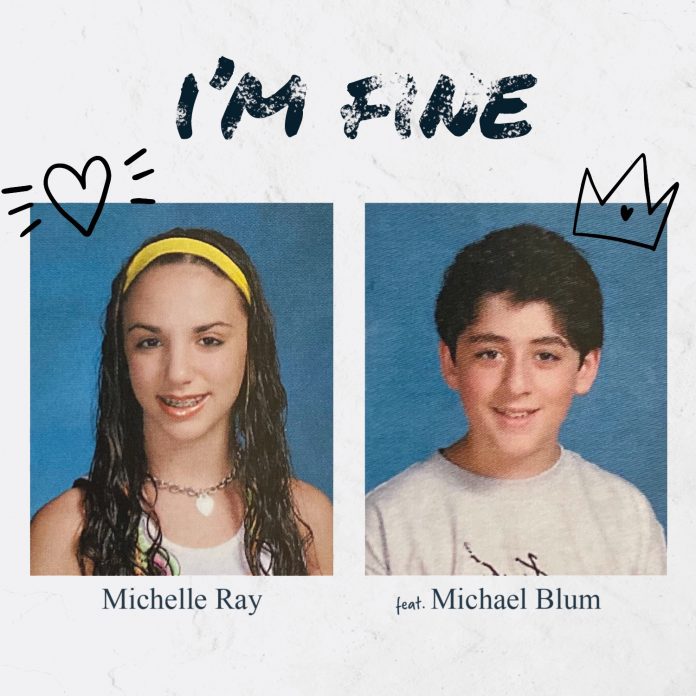 “I’m Fine” is a beautifully polished and clean single that has all the makings of being commercially successful. This number is incredibly relatable to all music listeners on some level in that it hits the rawest, tenderest, and most vulnerable emotions of being human.

The plaintive piano-driven number with a big soaring and swelling chorus features the talents of singer/songwriters Michelle Ray and Michael Blum. Ray and Blum duet seamlessly together on “I’m Fine” and bring a different flavor and original vocal intonation and inflection to their individual parts and perspective to the situation they face as ill-fated lovers by accident. This song tucks achingly at your heartstrings with a mix of heady exhilaration combined with deep-seated regret and guilt tracing the age-old pitfalls of falling helplessly for your friend and facing the outcome of a very conflicted decision.

Michelle Ray has appeared on NBC’s The Voice Team Blake Shelton Four. Her songs and voice can be heard on national commercials, she has performed at local venues and clubs around Los Angeles and also landed roles in theatrical productions. Michael Blum is also known for being a respected and gifted jazz guitarist. He was recognized as “Rising Star Guitarist” In DownBeat Magazine’s Critics Poll. Blum has also performed nationally at clubs and festivals and played in Los Angeles at Echo Park Rising and more.