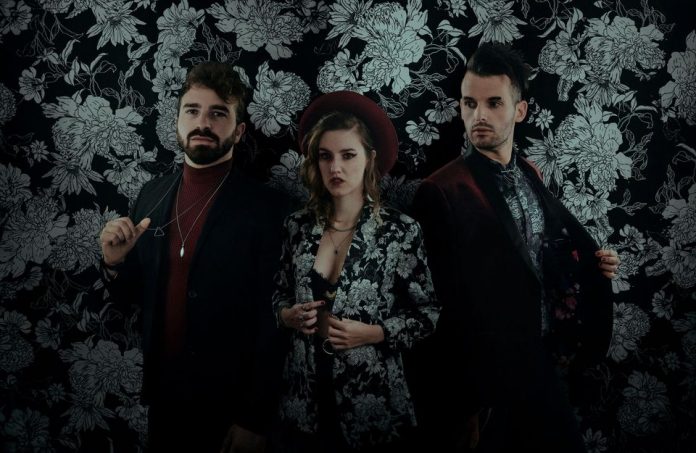 Halflives is an alternative rock trio based in Paris, France. The band is familiar to the music scene, as they have been around since 2016, and consists of Linda Battilani, Fede Bernardi, and Oscar Scantamburlo. They have an alternative, pop-rock vibe while incorporating electronic sounds into some of their music as well.

Compared to most of their songs, “Villain” has a softer vibe. There are moments that the song picks up, maintaining a sense of rock. The band’s other songs, such as “Rockstar Everyday” and “Mayday”, have more of a rock vibe, and are also upbeat and dance-worthy. “Villain” is much more on the darker side and really makes you think about who the villain might be in your own life.

Linda’s vocals present with a sense of vulnerability to them. The band describes the song as being for anyone who has experienced a toxic relationship that has brought out the worst part of themselves. “Sometimes we hurt each other so badly that we don’t know who’s right and who’s wrong anymore. We’re always the villain in someone else’s story.”

To me, the message behind this song is that we are always going to have someone who brings out our negative self. When we are consumed by feelings of anger and sadness, or have toxic responses, sometimes it can get to the point when we do recognize who is even in the right.

Halflives is also a unique band, in the sense that they show how they truly care about their fans. Linda and the other members try to connect with fans through Patreon (an online platform that powers membership businesses for creators) and social media. The band also has a Facebook group called Halflives Unity, where the band gets to know their fans better, shares news, updates about contests and more.

I may just be biased, but if I had rate this song, I would give it a 5 out of 5. Watch out for Halflives, they are a band that will go far and I am sure that they have many more exciting things coming soon.

Check out the recent release of “Villain” below. From Halflives FB page, “This is for all the tortured hearts out there.”