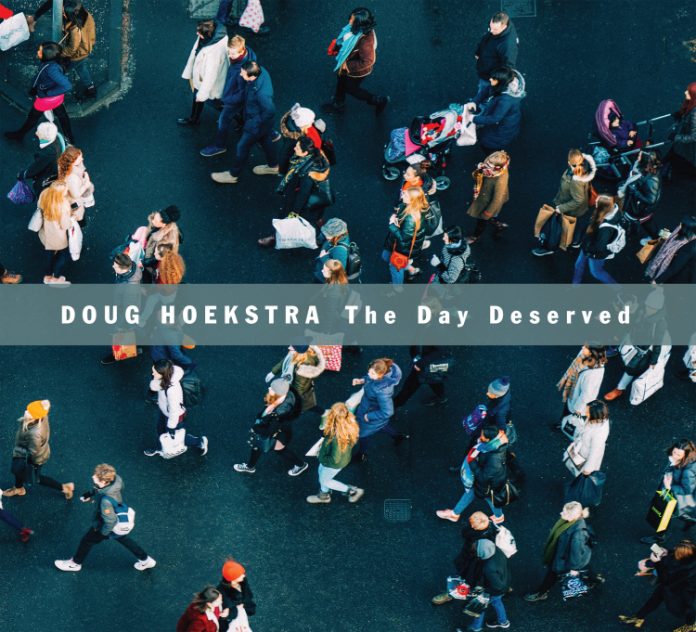 Based in Nashville, Doug Hoekstra is a musician and writer. After taking a break and stepping back from music to focus on fatherhood, prose writing, teaching, and non-profit work, he is now back with his new album “The Day Deserved” which will be released April 30, 2021.

The album is colored with a diverse mix of genres, such as folk, jazz, rock, and reggae. Even though there are many genres, they complement each other as a whole. The tracks on The Day Deserved are full of stories, written from different perspectives about different characters with their own background and problems. With every song, you will get carried along with their story.

The first track of the album is “Seaside Town”, a folk song with some gypsy fiddle, which tells the tale of a woman, an artist, who lives in a little seaside town but doesn’t fit in. She finds redemption in going missing – on her own terms. “Unseen Undetected” is a song that alternates between narratives of an immigrant family coming to America for a better life and white nationalists, who espouse intolerance, and worse. In daily life, both of these stories are often unseen and undetected until someone lets the genie out of the bottle and positive light is shone or hidden darkness is revealed. In the backstory book about The Day Deserved, Doug explains that on this record he wanted to write about current events but in a character-driven way. “Carry Me” is a joyful song with reggae roots. This track is more personal about being connected and taking turns carrying each other and was inspired by his son Jude when he was little.

“Gandy Dancer” (a slang word for early railroad workers) tells the grim tale about Eddie, who repairs train tracks and one day gets a mysterious offer that will make him a lot more money. Vocals on this track are from Doug, Hannah Fairlight (who also does some vocals on this album for “Higher Ground”, “Wintertime” and “Keeper Of The Word”), and Preacher Boy. Instead of taking turns to sing their lines, every vocalist has sung the entire song, and afterward, the parts were picked and put together.
With so many stories on The Day Deserved it will be worthwhile to not only listen to this album, but also check out the lyrics and let the songs and characters take you away on their journeys to get the complete experience from this album.

Theory of a Deadman and Black Stone Cherry Rock the Roof Off the Egyptian Room!