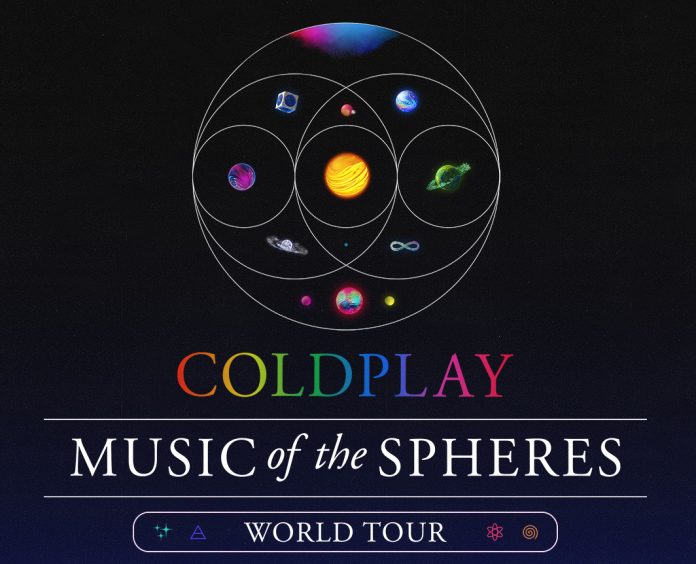 COLDPLAY has kicked off their Music of the Spheres World Tour, with their first show performed last Friday to 40,000 anticipating fans at San Jose’s Estadio Nacional in Costa Rica. The sold out date was the band’s first ever show in the country and featured the band’s recent hits “My Universe”, “Higher Power” and “Let Somebody Go” alongside classics including “Yellow”, “Clocks”, “Fix You”, “Viva La Vida” and “Adventure Of A Lifetime”.

This global tour will take the band to stadiums across Latin America, North America and Europe. The full list of Music Of The Spheres World Tour shows is available at their WEBSITE with additional information about support performances – H.E.R, Camila Cabello, Carla Morrison and London Grammar.

The tour is also accompanied by a comprehensive set of sustainability initiatives, to include:

Watch the recently premiered, official video for “People Of The Pride” from Coldplay’s album Music Of The Spheres below. The Paul Dugdale directed video includes live footage from the band’s October 2021 performance at Seattle’s Climate Pledge Arena mixed with robot-heavy, dystopian animation.