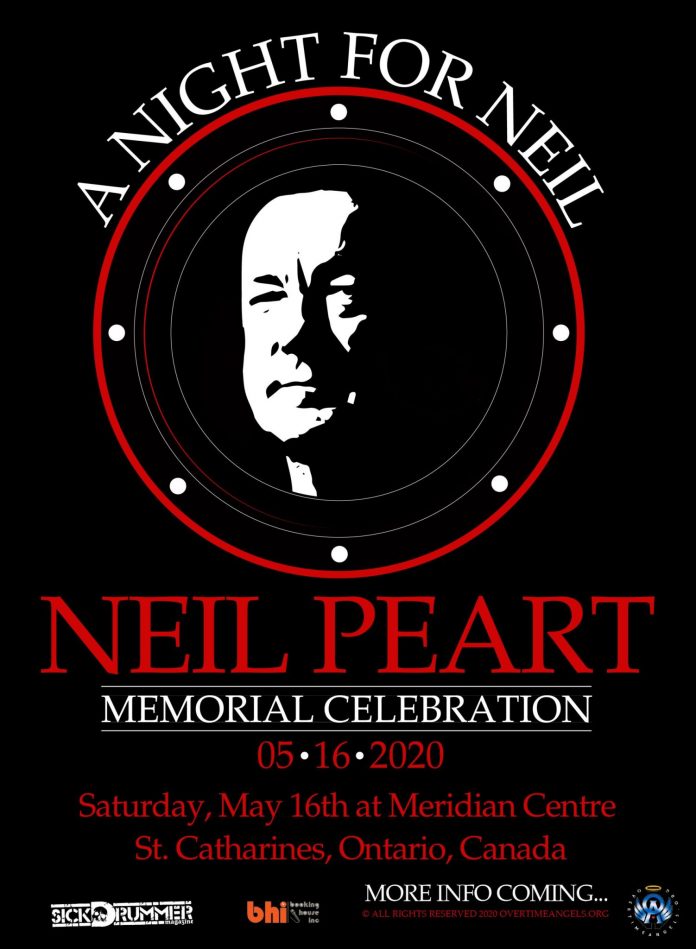 Several musicians and artists such as Metallica, Black Sabbath, KISS, Judas Priest, Foo Fighters and more, have paid tribute to the legendary Rush drummer and lyricist since the news of his death broke in January, but fans will soon have the opportunity to gather and celebrate him themselves.

An all-star tribute concert dedicated to the memory of Neil Peart, dubbed “A Night for Neil – The Neil Peart Memorial Celebration,” has been announced and is set to take place on May 16th at the Meridian Centre in Peart’s hometown of St. Catharine’s, Ontario.

Peart, who was made an Officer of the Order of Canada in 1996 together with fellow Rush bandmates Geddy Lee and Alex Lifeson, died on January 7th after succumbing to glioblastoma, a form of brain cancer.

The event, which is being organized in conjunction with Peart’s family, is set to feature an array of performers and speakers to pay tribute to the late Rush drummer.

Proceeds from ‘A Night For Neil’ will go to the charities Overtime Angels, the St. Catharines Hospital and Walker Cancer Centre, the Juravinski Hospital & Cancer Centre in Hamilton, Ontario, and The Royal Victoria Regional Health Centre in Barrie, Ontario.

Speaking on behalf of Neil’s family, his parents, Glen and Betty Peart stated, “We are grateful for the team that Overtime Angels is assembling…we are especially pleased to be able to support this charity event that will benefit some much-needed organizations that are close to our hearts.”

Tickets for the event will go on sale this Friday, February 28th.