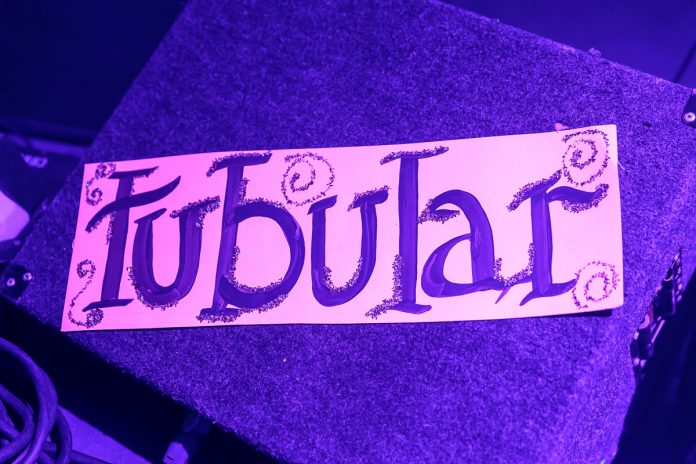 Mt. Clemens, MI — The Emerald Theater was the hotspot for the charity event known as “80’s Party for a Purpose” on May 18, 2019. This event is the brainchild of Dean Johnson and it happens every year since its conception several years ago. The three charities that will be helped by this event are Great Lakes Burn Camp (for Kids- 6-17 years of age), Blue Star Mothers Chapter #180 (Families of Service Men & Women) and Friends of Jacob (Supporting families of children with Autism).

Many of the attendees attending the “80’s Party for a Purpose” event were in the spirit of the ’80s. There were many people dressed up for the occasion; there were attendees wearing the mullet wig, wearing the Miami Vice style clothing and someone who was wearing a Cheech (from Cheech and Chong fame) style getup as well as someone who was dressed like He-man.

Inside the lobby of the Emerald Theater, were movie posters of many iconic 80’s movies that you would expect to see such as a poster of Flash Dance and Farris Bueller’s Day Off.

As you enter the main area of the theater, playing is the sounds/songs of the 80’ for example Dexy’s Midnight Runners “Come on Eileen”. If you look towards the stage, there was a large screen playing the video of the song. All the tunes were being played by a video DJ.

Many of the venue decoration was decked in the 80’s style. There was a large can of hair spray, on each side. Displayed on one side was the characters from the video game Pac-man and they are Blinky, Pinky, and Clyde. On the other side were the characters from the Pac-man game as well as the logo from the network MTV. (if anyone remembers, when the network first came out, all they were known to play was video, concerts, and music news.)

The evening event started with the salute with the honor guard from the VFW Post 6802 from Richmond, Michigan. A video of Detroit own Karen Newman, singing the national anthem, it was videotaped a few years ago at the Gibraltar Trade Center in Mt. Clemens.

Then it was time for the costume contest. People who dress up in many different costumes were showcased and judge. On the stage were Freddy Krueger, Boy George, Cheech, Alex Owens (from Flash Dance), She-Ra, a nerd (from Revenge of the Nerds), 80’s style dress, and a Randy Savage. The winner if the contest, were the She-Ra and Cheech.

After the costume contest, that is when the rock tribute band Rock Star took the stage. For the rest of the night, the band entertained the audiences with songs from the ’80s. Playing two sets for the audiences with a brief intermission between them.  (Both set approximately fifteen to eighteen songs long.)

During the Rock Star first set, many iconic people appeared on stage. Steve Perry of old stopped by to sing a Journey tune. (Was it him? I couldn’t swear on a stack of Bibles if it was or wasn’t Steve Perry on the stage, it not me to decide) As well as the MTV’s Moonman, holding the MTV flag.

The night finished up with the 80’s tribute band, Rock Star, returning to the stage. The closed out the show covering more songs from the ’80s with special guys doing a song or two. Such as the legendary Freddy Mercury from Queen covering “I Want It All” and We Are the Champions”. (Again, I am not here to say that it could or couldn’t be him…just saying.)

As you can see, the night was nothing but fun and a stroll down memory lane. From people dressing up in an iconic outfit, 80’s video playing in the background to being entertained by a tribute band and dancing with Staypuff Marshmallow man….nothing but fun. The best thing about Saturday’s event is that the money raised, by the ticket sales, raffles and the donations are slated to go to several worthy causes. The best part of it is, all the people who volunteer for this event donated their time to it.

If you go on the “80s Party For a Purpose” Facebook page, they already have the date advertised for next year’s event. Next year’s event is scheduled for May 16, 2020, and as mentioned in the ad, “The drinking age will be 1999 so let’s turn this into a party like it’s 1999. What do you think?”

Cities across the U.S. go Red in support of #WeMakeEvents