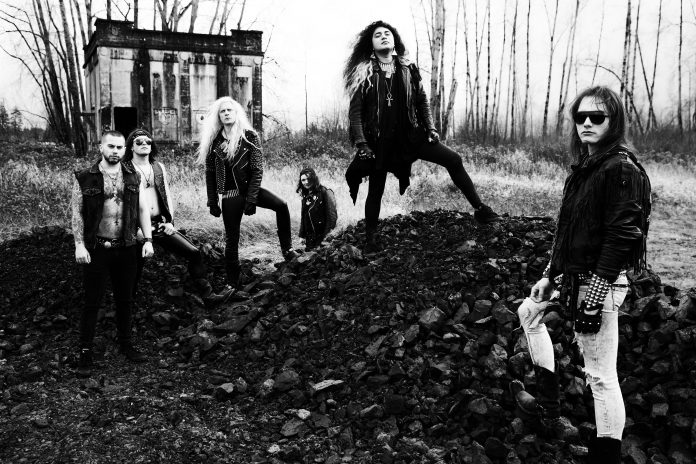 Decadence and Decay has been described by guitarist Bryce VanHoosen as raising the bar set by their self-released debut EP. “The direction is a lot more dark, melodic and progressive, and given the past year of trials and tribulations (cancelled Euro tours, the Pledge Music rip-off, guitarist barred from entering the country), deals with themes of societal collapse, life at the end of the world, and the spirit fighting to remain free.”

SILVER TALON formed in 2017 out of the ashes of traditional metal group Spellcaster (yes, we still have the t-shirt). Two former members joined forces with vocalist Wyatt Howell (Sanctifyre) to perform what VanHoosen calls a “more over-the-top” style of metal than their former group. “The songs are more complicated, more progressive, more aggressive, and there’s more guitar solos and crazier vocal harmonies,” he says.

Taste a bit of sophisticated shred in this clip off the band’s Facebook page:

#tbt We sincerely hope everyone is staying safe in quarantine out there! Shows scheduled for April/May have been rescheduled for later this year/next year. Until then, be well! Jackson Guitars – Official! EMG Pickups Jim Dunlop Guitar Products #performanceiseverywhere