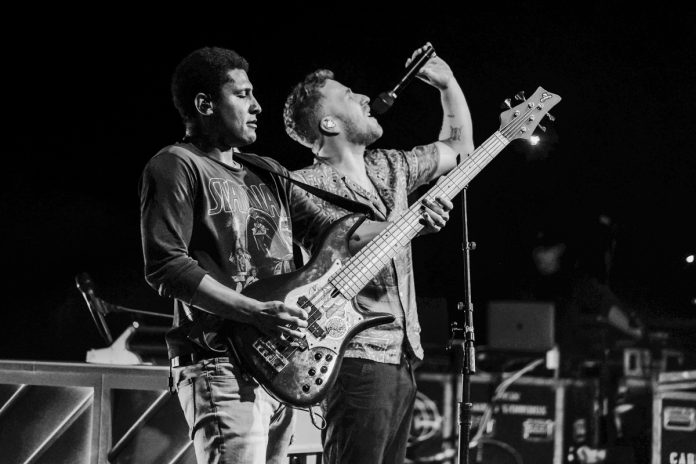 Washington, DC – Washington came out in droves to see JP Saxe playing the Lincoln. The iconic theater was packed, despite the cool fall weather that evening. Fans were wrapped around the block prior to doors opening; everyone excited to start the evening. Feelings of appreciation and gratefulness for a return to live music were prevalent. The theater was full of patrons enjoying drinks from the bars and freshly popped popcorn, a fun choice that may be a nod toward the theater’s history as a movie theater.

The concert started off with JP Saxe himself, coming out to introduce his opening act, Victoria Canal. She performed an amazing set, starting out on the piano with “Second” and ending with the “Swan Song”. Saxe took the stage next, coming in strong with the piano ballad “Changed”. The song was enchanting, and amplified by the single spot light that illuminated the piano the entire song. The whole show had a relaxed, laid back vibe, with Saxe chatting up the crowd as if they were old friends. His quirky personality was on full display, which made him personable and endearing. One of the highlights of the evening was when Saxe introduced his friend Emily to the crowd, who was the inspiration for the song “For Emily”.

The Feelings Are Stupid Tour is Saxe’s first headlining tour, which will include stops worldwide in the US, Canada, the UK, and various cities in Europe. Saxe’s DC performance was a continuation of the East Coast leg of his tour. He recently had to reschedule part of the Canadian portion due to illness, only resuming the tour a few days ago in Philadelphia, PA.

JP Saxe is a Canadian musician and singer/song writer, who was originally born in Washington DC before moving with his family to Canada. Saxe comes from a musical family, including his grandfather Janos Starker, who is a noted cellist, and is a multiple nominee and Grammy winner. Saxe released his debut EP, Both Can Be True: Part 1, on November 8, 2018. His most notable song is arguably “If the World Was Ending”, which was written and released with Julia Michaels in April of 2020 during lockdown. The song featured numerous celebrities filming their parts in their homes, and benefitted Doctors Without Borders.

Opening for Saxe on this leg of the tour was Victoria Canal. Born in Munich, Canal spent her childhood living in various cities around the world, which have contributed to her rich musical style and perspective. She is an accomplished singer/song writer, and exceptional on the guitar and piano. Canal was born with one shorter arm due to Amniotic Band Syndrome, a fact that she easily talked about with the audience. Canal quipped that if she had been born with two regular arms, she would have been a shredder on the guitar. She uses her music as a platform to provide visibility to differently-abled musicians, who deserve and have a right to be in the spotlight just as much as regular abled musicians.

The Lincoln Theater has been a DC landmark since 1922, and has hosted a many big names including Duke Ellington, Louis Armstrong, and Ella Fitzgerald. It was originally the center of Washington’s Black Broadway, which served the African American community during the time when segregation prevented them from patronizing other venues. The theater struggled after desegregation, eventually closing in 1968. The theater was restored and reopened in 1994, and continues to host a wide variety of artists and performances.