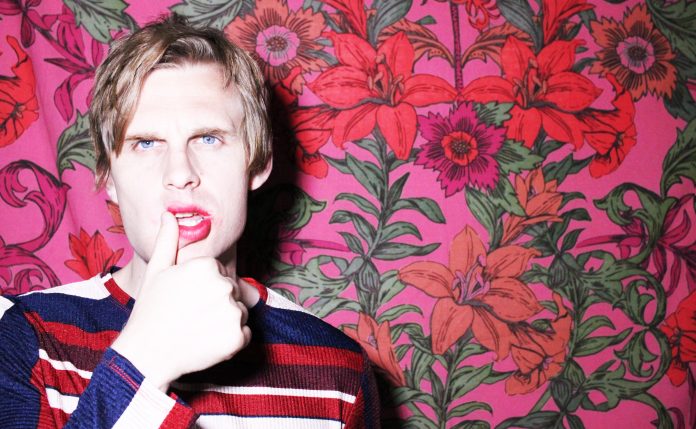 Emby Alexander is an indie rock/experimental pop group based in Tucson, AZ. With the release of two new singles “Up In The Air” and “Morality And Accuracy In Photojournalism” the new album Soars Era will be out soon. Frontman Michael Alexander took the time to answer some questions about where he gets his inspiration and plans for the future.

Digital Beat Magazine: How has the fans’ reaction been to your new singles?

Michael Alexander: It’s been great! Our normal method of receiving feedback from fans is at concerts. Either the initial reaction from the crowd dancing or cheering informs us or we’ll be approached after the show and hear directly from people. It’s been an odd, disconnected time for us not playing out in the world. Media and social media has been our only way to connect lately. “Up In The Air” is getting radio play and got put into rotation at KWSS in Phoenix. People are requesting it! The Avey Tare connection has definitely gotten new eyes and ears on us.

DBM: “Up In The Air” is very catchy and it’s a song that easily gets stuck in your head, however, the lyrics aren’t as uplifting as the music. Would you mind going into a little more detail surrounding the song and the inspiration behind it?

Michael Alexander: The song is intended to be uplifting. Sorry if it made you feel down. I wanted the song to make people feel empowered in whatever situation they’re in. I compare your life to a candle in the song; you can see yourself as the wax falling down or you can see yourself as the smoke rising up. In a literal sense, both are true when describing how a candle functions but your perspective can help alleviate any helplessness you may feel.

DBM: In March you released the video for your song “Arabesque (Wet Rusting God)” from your latest album Cactus Candy. What was the inspiration behind that video?

Michael Alexander: I wanted to give the fans a slice of our tour life. It’s hard to fit all the emotions into four minutes, but it does capture some sense of our lives on the road. We’re in a different city every night. We get to play concerts. We get to be tourists. We take care of ourselves. We take care of each other. Extreme highs and extreme lows. At home in artificial confining, cityscapes and at home in vast, wide-open nature.

DBM: There seems to be a relatively short period of time between album releases, where do you get so much inspiration from?

Michael Alexander: I don’t really see a separation between art and life anymore. I’m always creating and singing around the house. I’m always making songs about the dogs. I believe all ideas are valid and worth exploring. If anything strikes me as superb I might record it on my phone or do a quick sketch with a microphone. Lots of ideas come on tour when I’m driving late at night. The long empty roads are very meditative. I write little ideas on scraps of paper and I’ll find them later on my dresser and expand upon the idea if it needs it.

I wrote this little jingle or nursery rhyme for my dogs, Elle and Bittle, when I cut my thumb really bad in the kitchen:
With the tip of your tail
Dial 9-1-1
With your paw
CALL THE LAW!
‘fore my life is done.

Maybe I’ll commit that to a record someday, but I have hundreds of songs that will probably never leave the house.

DBM: A lot of artists get their songwriting inspiration from their own personal experiences. Would you mind telling your fans about the song that is most personal to you and why?

Michael Alexander: I think “Up In The Air”, “Morality And Accuracy Of Photojournalism” and “Arabesque (Wet Rusting God)” mark a leap forward in the songwriting for me. They are written in a similar timeframe and similar mind-frame. They are songs with positive messages. I thought the songs were too weird to be accepted by others, but they have been our most popular releases so far. I try to write for myself mostly, but the encouragement from the fans has shown me that I can reveal some strange, deep spaces and there are people that are not repulsed by me and maybe, in reality, can even relate and accept these ideals.

DBM: On your Facebook page I saw that you recently did a live stream, with touring on hold due to the pandemic, is the band planning on doing more live streams to connect to their fans?

Michael Alexander: I didn’t feel connected at all doing those. I loved doing them, but, no connection. It feels like a new medium. It feels more similar to making a music video. Without the sweat and elation and anger from a live crowd, live-streaming cannot replace concerts. We definitely will do more video sessions and live-streaming and see what new ideas we can bring. I like challenges and growth.

DBM: A lot of bands would rather be out on tour right now. Aside from live streaming, what is Emby Alexander doing during this downtime while having to be at home?

Michael Alexander: Still making art for future releases. Gardening a lot. I have a garden at the house as well as volunteering at the community garden in my neighborhood. I wanted to contribute to the community and hope to empower people with sustenance independence.

DBM: What are the future plans for Emby Alexander, is the band planning to release more singles this year, or maybe a new album?

Michael Alexander: We have already begun working toward a new album called “SOARS ERA”. Music videos are coming. Planning USA, Mexico, Europe, and Japan tours. I don’t know the exact dates that will happen but it’s coming. Our best music ever. We are most likely finishing SOARS ERA at Sabbath Recording (run by members of Pomegranates) in Cincinnati this Summer. We are continuing to work with familiar/familial collaborators Dane Jarvie of Chicago Pysch-band DENDRONS, hip-hop producer Yerfdog, fashion designer K.S. Garner, painter Eric Kasper, director Trevvor Riley, Joel Marquard, and our own “Wizard of Oz” Brandon T. Hickey will all be on the record. We are excited for new territory with Avey Tare via my guerrilla-sampling and I’m waiting on some collaboration tracks from London VanRooy from Kult Krimes / Small Leaks Sink Ships. I am very excited to share all this with the world.

DBM: Are there still dreams or goals the band have? Venues they would like to play or countries they like to visit?

Michael Alexander: Definitely the European and Japan tour feels very exciting. Mexico City is my ultimate dream. SOARS ERA is going to change our lives. We look forward to seeing everybody “IN REAL LIFE”!