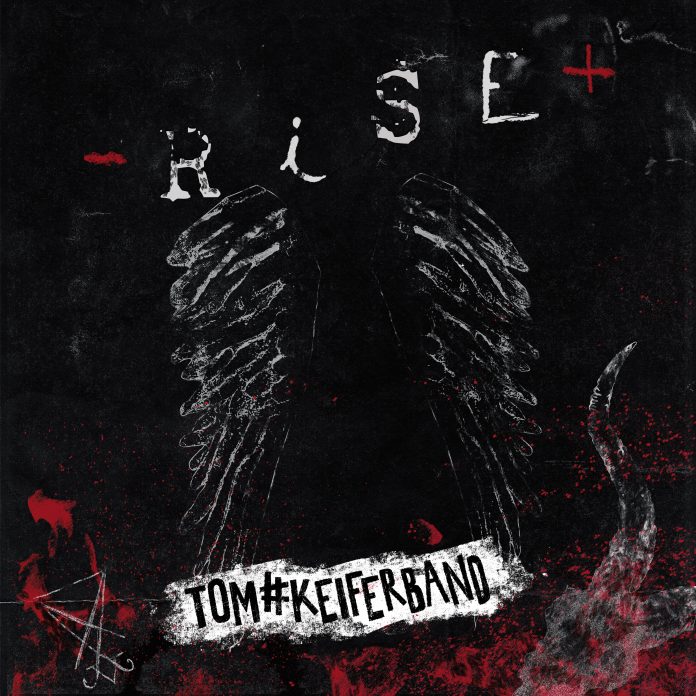 Six years between album releases can seem like an eternity, especially in an age where performers are releasing singles almost monthly, and new albums nearly every other year. Believe me when I tell you that the second release by former Cinderella frontman Tom Keifer, is well worth the wait. Keifer has stated in several interviews that this album would be his hardest yet, and he wasn’t kidding. While The Way Life Goes was recorded with several studio musicians, the band that Tom Keifer put together to tour for that album remains intact. The formed a solid bond while on the road and each piece fit just perfect for them to be dubbed #keiferband, as they headed into the studio as one unit to write and record together the very passionate album, Rise.

Comprised of 11 total tracks clocking in at just over 40 minutes, the album is produced by Tom Keifer, Savannah Keifer and Kyle O’Connor. The album opens strong with some really nice slide guitar work on “Touch the Divine”, a fantastic opening number that some listeners won’t be able to help but hear a bit of Tom’s former band in the notes. “The Death of Me” is the band’s first single to be released and talks about overcoming and conquering the lows that you face in life and never giving up. “Waiting on the Demons” is a classic Tom Keifer ballad, opening up acoustically it gives you a hint of the Rolling Stones “Angie”. “Hype” has a bit of an edgy rock feel to it, fantastic backing vocals and crunching guitar work by both Tony Higbee and Tom Keifer. The aptly named track, “Untitled”, reminds me of early 70’s Aerosmith with the guitar work and fuzz sound vocals. Tom Keifer gives us a turn at the piano with the title track, “Rise”. Another inspirational song about overcoming whatever you feel might be keeping you down or holding you back. “All Amped Up” is a beautiful hard rocker that is sure to be a crowd favorite at shows. “Breaking Down” has an excellent easy opening, then it digs in for a nice hard rock/blues sound. “Taste For the Pain” really showcases Tom Keifers writing strength, I honestly believe he’s one of the most underrated songwriters around. “Life Was Here” is a fun upbeat song that kicks off right from the get go and doesn’t stop. “You Believe in Me” is the final track and is just a beautiful, simple acoustic piece written for his wife Savannah.

Overall, this album is worth its weight in gold. There are a lot of messages throughout Rise based on hope, love and redemption. Tom Keifer is the walking, talking, epitome of a song he once wrote, “I made it through the battle of life. And it’s on and on until you’re long gone, but the strong keep stickin’ it out.” After being told that he was finished and his career was over after vocal paralysis, several vocal chord surgeries, collapsing from exhaustion, lawsuits, and his band breaking up, this is theTom Keifer comeback album that fans have long waited for. “War Stories” and all.

Rise is due out September 13th on Cleopatra Records.