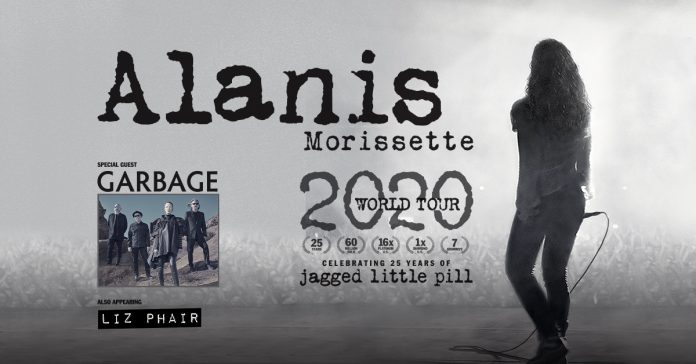 Singer/songwriter Alanis Morissette has much to celebrate these days. In addition to the new musical JAGGED LITTLE PILL making its Broadway debut at New York City’s Broadhurst Theatre this Thursday and her new track “Reasons I Drink” recently released off the highly anticipated album, SUCH PRETTY FORKS IN THE ROAD, due out May 2020, Morissette also announced a 2020 North American tour that will celebrate 25 years since her breakthrough album.

Trekking Across the US – The Used on Tour Now