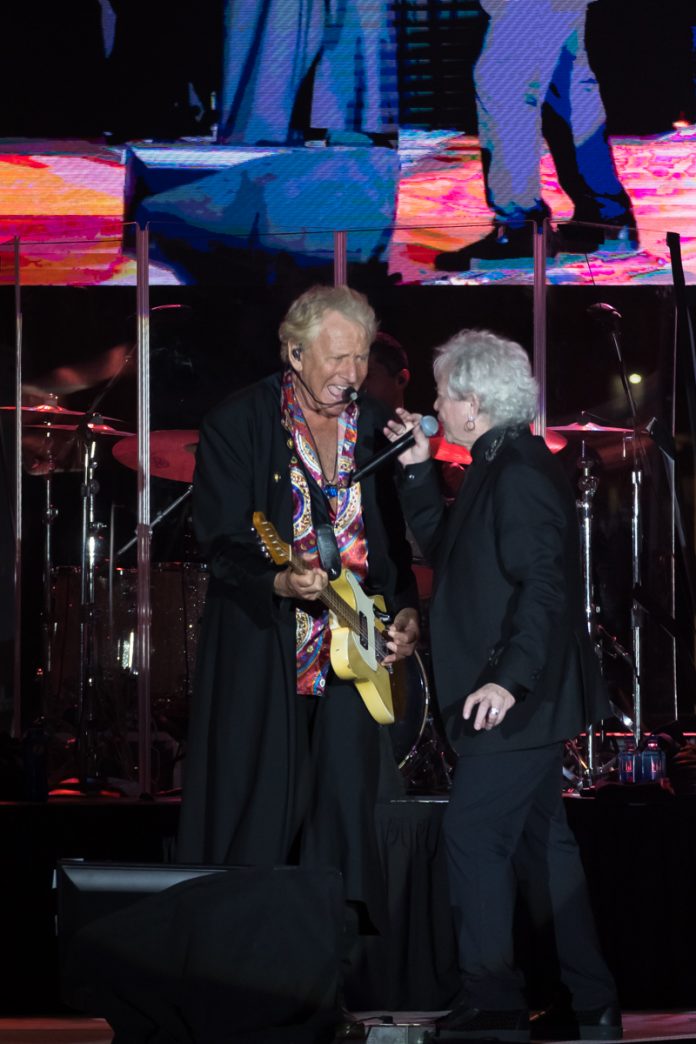 Miami, Fl – The Magic City Casino continues its 2020 concert series with Australian super duo, Air Supply, serenading a sold out venue with their timeless power ballads on Saturday January 11, 2020. This is the eighth consecutive sellout Air Supply show at the Magic City Casino. Air Supply had the support of Poco opening the show.

A warm but breezy and blustery night is the backdrop for a soft rock and power ballad concert on this Saturday night in Miami. The audience is a mix of ethnicity, age and race, a true representation of the melting pot that is Miami. Poco takes the stage at 7pm with a genuine appreciation for the fans that arrive earlier to see them perform. They breeze through their soft county rock catalog. The crowd sings along to their more popular songs, especially “Crazy Love”.

Air Supply is an Australian duo composed of Graham Russel and Russel Hitchcock. They take the stage just after 8 pm and play a solid two hours, much to the delight of their loyal fans. Air Supply opens their set with Sweet Dreams and go on to play what is an endless list of hit after hit after hit. The middle of their set has a brief musical pause in which Graham Russel recites poetry and tells a heartfelt story of a chance meeting with a stranger on plane who shared that on the day he was born, his father lost his life on the battlefield. He went on to share with Graham that he just hopes that his father is proud of him. Russel than sings “Son of a Father”, a song inspired by this encounter.

As the set progresses, Both Graham Russel and Russel Hitchcock each exit the stage area on opposite sides of the stage and proceed to walk through the crowd while performing “Lost in Love”. Fans are thrilled to have the opportunity to see them up close. Russel Hitchcock proceeds to go beyond the floor seats and into the bleacher area to sing to the adoring fans including one that was no older than 12 and sang every song, word for word.

The evening culminates with some rock and roll when the band plays “Shake It”. Air Supply ends the night with their mega-hit “All Out Of Love,” allowing the crowd to sing the chorus acapella, and thanks the audience for their continued support.